Abarth & Co was founded on 31 March 1949. Carlo Abarth started working together with his friend Guido Scagliarini. Carlo Abarth had taken over the Northern Italian car make Cisitalia, including a number of finished and unfinished Cisitalias, along with the remnants of the company.

Immediately after the acquisition, Abarth and Scagliarini took over the racing team “Scuderia Abarth” and proceeded to take part at the next Mille Miglia race of 1949 with Tazio Nuvolari and Felice Bonetto in particular as drivers. The car driven by Guido Scaglarini himself came 5th in the final ranking.

In the beginning of the 1950s, Abarth would focus on improving the existing cars by developing specific kits. The Fiat Topolino was one of the first cars for which such a kit was developed. In addition, Abarth & Co designed a silent exhaust pipe for existing production models and specific exhaust systems for competition. In 1950, some 4,500 exhaust systems were sold with a workforce of 40 employees. In 1962, this number grew to 260,000 units. Other Italian makes such as Alfa Romeo, Maserati and Ferrari showed interest in Abarth’s exhaust systems. In 1952 Abarth was the “main supplier” for the competition cars of these makes.

The breakthrough in the preparation of existing cars came in 1955. Fiat had gone into production with the little 600 and Carlo Abarth wanted to turn this car into a little sports car. He increased the displacement of the original Fiat engine to 750 cc and doubled the capacity. The Fiat Abarth 750 became a monumental success. The same technique would be applied to two small sports cars – designed by Zagato, the Fiat Abarth 750 Zagato and the Abarth 750GT Zagato. In 1956 came the Fiat Abarth 750 with a Bertone body.

Abarth’s successes resounded throughout the world. The son of the American president Franklin Roosevelt signed a contract in 1958 to import Abarth in the American market.

In the same year (1958) the company launched its most important model:  the Fiat 500 Abarth. Just as the factory produced Fiat 500, this version had a 479 cc two- cylinder engine,  but with 26 HP it developed double the original capacity. The Fiat 500 Abarth also broke several world records on the Monza circuit. In particular, it was driven for 7 days and covered 18,186 km at an average speed of 108 km per hour.

All these records gave a downright boost to the image of Abarth, which in turn resulted in extra financial support from Fiat. The amount of that support depended on the racing victories won and records broken by Abarth.

In the beginning of the 1960s, Abarth created the 850TC based on the Fiat 600. To meet the homologation requirements, Abarth had to produce 1000 cars. This target was met. The 850TC actually consisted of a kit placed by Abarth (or the owner himself) on a standard 600.

In the first half of the 1960s, Abarth entered cooperation agreements with Simca and Porsche among others.

Carlo Abarth was a technical wonder, but he was no high-flyer when it came to financial policy.  He put more time into winning races than into making profit. As a result, the company ran into problems at the end of the 1960s.

In 1971, Abarth was taken over by Fiat. Carlo Abarth stayed on as CEO and the racing team was sold to Enzo Osella. Fiat reorganized Abarth which continued to be successful in rallies, in particular with the Ritmo Abarth, the 124 Rally Abarth and the 131 Abarth. The last production model in which Abarth was involved was the Autobianchi A112 Abarth.

Abarth remained active in rally racing in the 1980s with the Lancia 037 Rally in particular.

Afterwards, the make disappeared from the car and motorsport stage. Fiat continued to use the name and logo to indicate the sport version of the Ritmo, the Stilo, the Cinquecento and the Seicento.

In 2007 Fiat revived Abarth & Co S.p.A. Production of the sports versions of the Fiat Grande Punto and 500 got under way in Turin. They were placed on the market as a separate make, namely the Abarth Grande Punto and the Abarth 500. The range was later expanded with an Abarth 124 Spider. 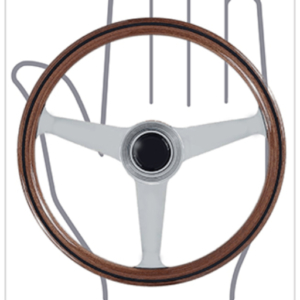